Stage 1 of the Camino de Santiago de Tenerife begins at the mouth of the river Barranco de Santos, in the centre of the bustling port city of Santa Cruz.

The official start point of the trail is at the Church of Our Lady of the Conception, a modest looking building tucked up next to the banks of the river.

The location of the church is no accident. The site was chosen as it was close to the beach where the Spaniards landed in the 1400s and held first mass. The church is a place of beginnings, it would seem!

The trail begins by briefly following the river inland for a few hundred metres up to one of the oldest bridges in the city.

From there It then cuts weaving path through the commercial district and then straight up hill following the city tram line.

Eventually the path cuts right and past the hospital before a steep and winding climb through a maze of densely packed houses that make up the suburbs.

The route then follows the historic ‘Lecheras Trail’ that milkmaids took when bringing milk down from high plateau of La Laguna to port of Santa Cruz below.

The trail skirts along the hillside following the narrow and at some points hazardous path, until it crests the hill and reaches the small village of Valle Tabares.

After a short section on the main road it then follows a quiet road up a steep valley for another 5km or so until it reaches the head of the valley.

The trail then turns into a small path for the final steep climb through the rural villages, over the hill and finally down into San Cristóbal de La Laguna itself.

There are plenty of hostels in San Cristóbal de La Laguna starting from 20 euros a night. If you are flying into TFN it worth just booking 2 nights at the same place in San Cristóbal and walking back to your accommodation

There are plenty of supermarkets and cafes in both Santa Cruz and San Christóbal. There is also a small cafe about half way along the route at Valle Tabares. This is also the only place to refill water on this fairly short stage. 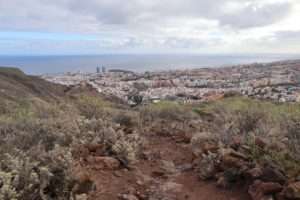 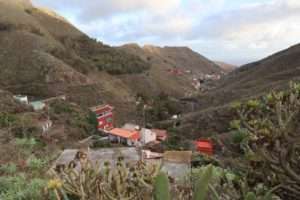 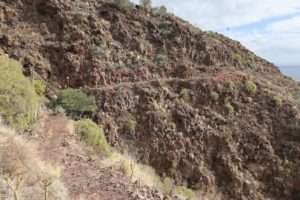 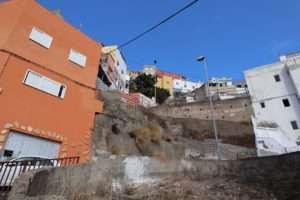 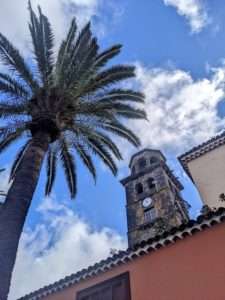 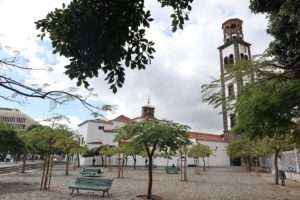 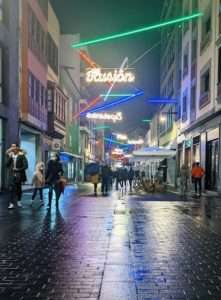 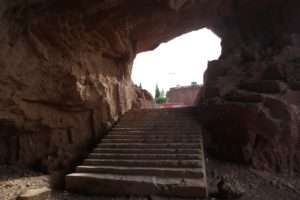 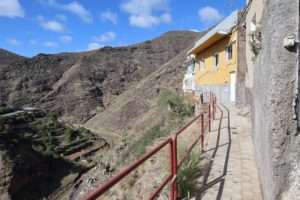 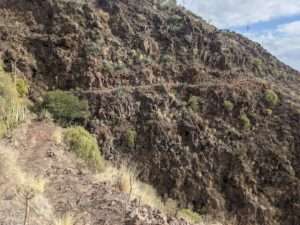 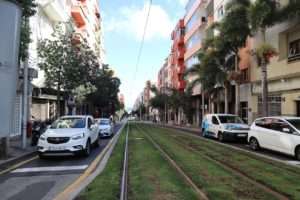 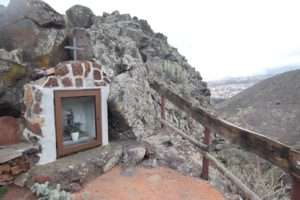 Church of Our Lady of the Conception

Erected on the site of the first chapel built by the Spanish conquistadors in the early 1500s. The inside of the church features the image of St James, patron saint of Santa Cruz.